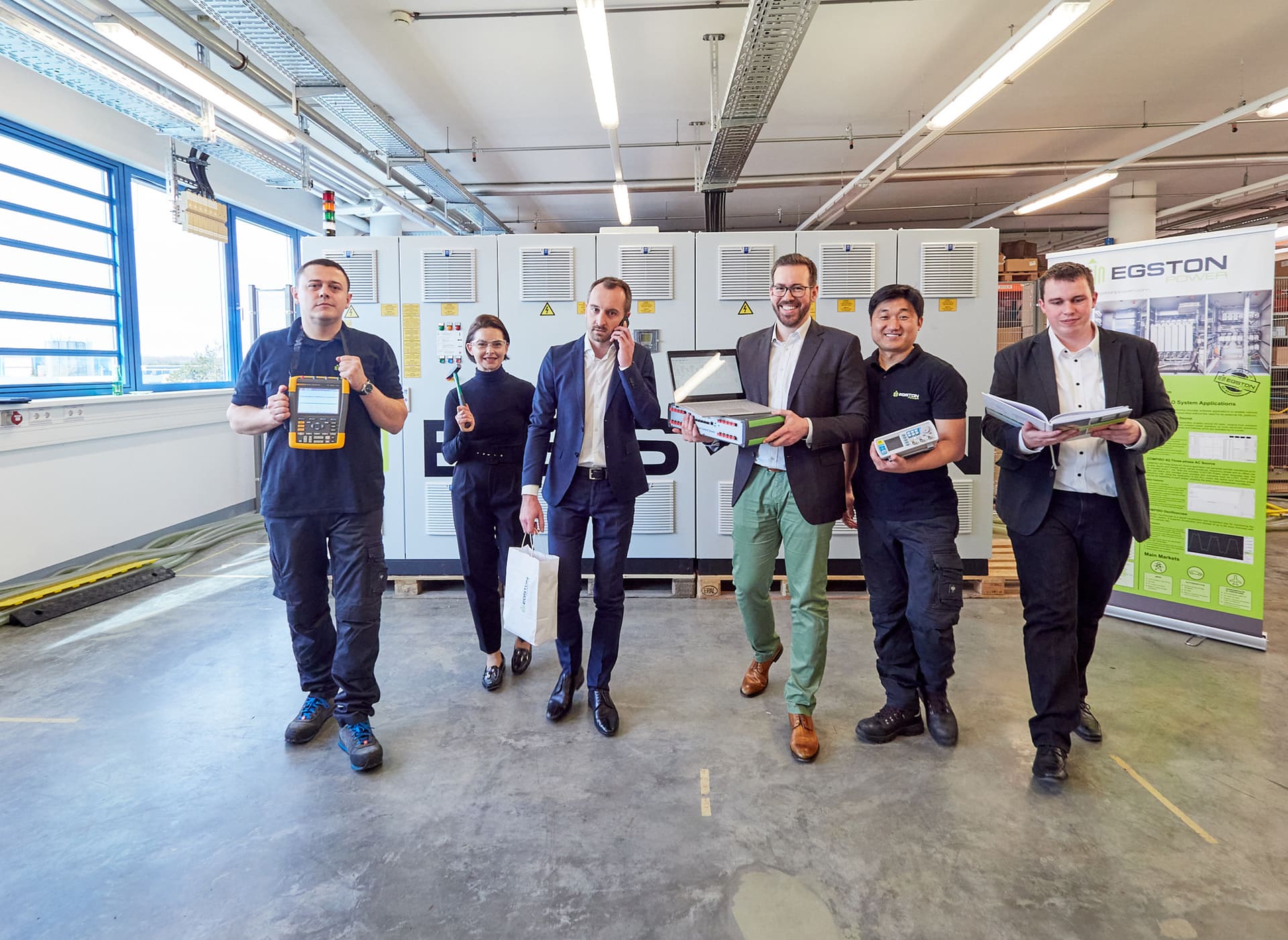 Around 1960, the Austrian branch of International Telephone and Telegraph (ITT), back then incorporated as „STT – Standard Telephon und Telegraphen AG“, decided to establish a production site in northern Lower Austria. Construction of this new site commenced in 1963 on the outskirts of Eggenburg.

Originally planned as an extended workbench of ITT’s head office in Vienna, the production site in Eggenburg developed into an independent production site during the 1970ies. Its product portfolio extended to switch boards, groups and frames for public utility switching technology as well as fuse systems for railways.

In the middle 1980ies, at the trade exhibition “Electronica” in Munich, the production site in Eggenburg introduced itself to the open market as a supplier of inductive components, with separate sales and engineering departments for the business units Inductive Components and Cable Systems.
After a merger in 1987, ITT became Alcatel. Alcatel’s strategic decision to focus on its core business led to the sale of the production plant in Eggenburg, and the former factory manager Walter Wunderer acquired the company through a management buyout in 1991, founding Egston GmbH.
Over the following decades, the company established production plants in Jemnice, Znojmo (Czech Rep.), Zuhai (China) and Tiruchirappalli (India). Smaller power supplies and chargers as well as e-bikes entered the product portfolio.